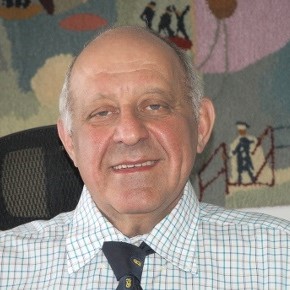 Shlomo Shamai (Shitz) received the B.Sc., M.Sc., and Ph.D. degrees in electrical engineering from the Technion—Israel Institute of Technology, in 1975, 1981 and 1986 respectively.

During 1975-1985 he was with the Communications Research Labs, in the capacity of a Senior Research Engineer. Since 1986 he is with the Department of Electrical Engineering, Technion—Israel Institute of Technology, where he is now a Technion Distinguished Professor, and holds the William Fondiller Chair of Telecommunications.
His research interests encompasses a wide spectrum of topics in information theory, communications and networking.

Dr. Shamai (Shitz) is an IEEE Life Fellow, an URSI Fellow, a member of the Israeli Academy of Sciences and Humanities and a foreign member of the US National Academy of Engineering. He is the recipient of the 2011 Claude E. Shannon Award, the 2014 Rothschild Prize in Mathematics/Computer Sciences and Engineering and the
2017 IEEE Richard W. Hamming Medal.
He is a co-recipient of the 2018 Third Bell Labs Prize for Shaping the Future of Information and Communications Technology.