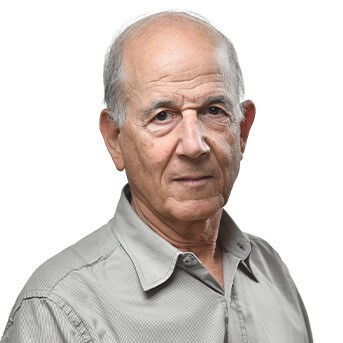 Dan Adam was born in Israel. He received the B.Sc. and M.Sc. degrees in electrical engineering, and the D.Sc. degree in biomedical engineering from the Technion, Haifa, Israel, in 1968, 1973, and 1977, respectively.,He was at Tufts University, Boston, MA, USA, from 1978 to 1980; at MIT, Cambridge, MA, USA, from 1980 to 1983, teaching at Harvard- MIT HST, Cambridge, MA, USA. He joined the Technion in 1983, where he became a Full Professor in 2006 and the Dean of the Department of Biomedical Engineering from 2009 to 2012. He had a sabbatical at NIH from 1992 to 1993. He advised 47 M.Sc. students and 16 Ph.D. students, and is currently leading a research group of six to eight graduate students (two to three Ph.D. students), two to four undergraduate students, and four Scientists/Engineers. His research interests are ultrasound processing: beamforming design, coded excitation, ultrasound RF processing, echocardiography strain imaging, including layer-specific 2-D strain measurements as a diagnostic tool of myocardial pathologies, ultrasound control of thermotherapy monitoring of thermal-cavitational therapy, multimodality cardiac imaging, ultrasound superresolution imaging, perfusion measurements, and quantification of neovasculature within plaques and tumors??”using contrast agents; targeted drug/gene delivery using ultrasound and microbubbles, noninvasive thrombolysis, cardiac pacing by noninvasive high-intensity-focused ultrasound, and neural activation by noninvasive high-intensity-focused ultrasound.,Dr. Adam is an EAMBES Fellow. He was elected to the IEEE-EMBS AdCom in 1999, the Board of Computers in Cardiology from 1990 to 1999, and has been at the Board of ISMBE since 1988 and its President until 2007, and its delegate to IFMBE.