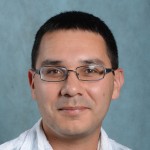 Prof. Uri Lesmes is married to Sabrina, the proud father of three children and a scientist dedicated to the responsible development of healthier foods and oral formulations. He joined the Technion in 2010 after holding appointments as lecturer and post-doctoral fellow in the Dept. of food Science at the University of Massachusetts – Amherst and working with Prof. Julian D. McClements and Prof. Eric A. Decker. He gained his degrees from the Technion, his B.Sc. (cum laude) in 2004 and his PhD involving nano-encapsulation of nutrients in starch-based platforms in 2008. In 2005 he was also granted EU funding to investigate the prebiotic effects of thermally produced resistant starch on the human microbiome using colon fermentation systems in the Food Microbial Sciences Unit at the University of Reading (UK).

He serves on the editorial board of Food Biophysics (IF2019=2.387) and Foods (IF2019=4.092) as well as special issues of Current Opinion in Food Science (IF2019=4.577) and Trends in Food Science and Technology (IF2019=11.077). He serves on various scientific panels of research foundations including the British BBSRC (Biotechnology and Biological Sciences Research Council), FWO Flanders Foundation, the Dutch Research Council (NWO), the Swiss National Science Foundation and various national committees. In addition, he is an active member of the INFOGEST network, various professional societies (such as IFST and ISFE) as well as a member of the organizing and/or scientific committees of international conferences, such as the International Conference on Food Digestion (ICFD), the annual meeting of the European Federation of Food Science and Technology (EFFoST) and the International Conference in Engineering and Food (ICEF).