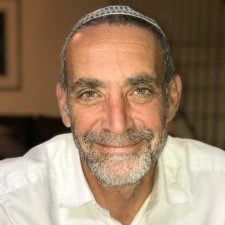 Professor Levy received his BA Summa Cum Laude from Yale University in Molecular Biophysics and Biochemistry in 1982. He received a MSTP scholarship for his MD PHD training (1982-1990) at Johns Hopkins Medical School performing his PHD under Nobel Laureate Daniel Nathans working on the identification of a growth factor now known as Vascular Endothelial Growth Factor. He completed internal medicine residency at Johns Hopkins Hospital (1990-1992) and a cardiovascular fellowship at Brigham and Women’s Hospital at Harvard Medical School (1992-1996). He made Aliyah to the Technion in 1997 with his wife Nina and his children. Since 2009 he is a full tenured professor in the Technion. He has authored over 160 peer reviewed publications and successfully competed for grant support from NIH, JDRF, ISF, BSF and other international granting agencies.