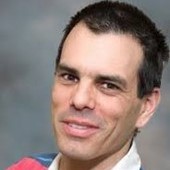 Ehud Behar earned his BSc (magna cum laude, 1992) in physics and mathematics, his MSc (magna cum laude, 1994) in physics, his LLB (Faculty of Law, 1997), and his PhD (summa cum laude, 1999) in physics – all at the Hebrew University of Jerusalem. He carried out postdoctoral research in the Columbia Astrophysics Laboratory, Department of Physics, Columbia University (1999-2002) before joining the Technion’ s Faculty of Physics in 2002. He was a Senior NPP Fellow at NASA/Goddard Space Flight Center (2007-2009), and served as director of the Technion’ s Asher Space Research Institute (ASRI) (2009-2014). He was a visiting professor in the Department of Astronomy, University of Maryland (2015-2016). Prof. Behar currently serves as Dean of the Faculty of Physics. Prof. Behar is a high-energy astrophysicist, studying the violent universe through observations of X-rays and γ-rays. As director of ASRI, he established an optics laboratory for segmented optics and initiated a project with the Ministry of Defense to build a deployable segmented-optics space telescope. He conceived, initiated, obtained Technion funding, built the team, and started the Technion’s SAMSON satellite mission for a cluster flight experiment with three nano-satellites. He is author and co-author of more than 200 papers in peer-reviewed physics and astrophysics journals. His research interests include X-ray astronomy, high-energy astrophysics, space instrumentation, black holes, active galaxies, stellar coronae and plasma spectroscopy. His published works try to answer questions such as “What can we learn about matter just before it falls into a black hole? How do black holes form galactic-scale winds that escape the galaxy and enrich the inter-galactic medium? Where are the missing atoms in the local universe, which we know should be there but fail to observe? How can we most effectively detect photon emission from the merging of neutron stars?” In the past few years his research has focused on building γ-ray detectors with improved localization capabilities. Among the honors he has received are the following: the EC Marie Curie Global Program Fellowship (2015-2018), the NPP Fellowship for Senior Scientists / NASA (2007-2009), the Krill Prize for Outstanding Young Researchers awarded by the Wolf Foundation (2005), the Yigal-Alon Fellowship awarded by the Israeli Council of Higher Education (2002-2005), the Rothschild Postdoctoral Fellowship (1999-2000), and the Charles Clore Fellowship for Outstanding Scholars in the Natural Sciences (1996-1999).