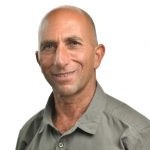 Nitai Drimer, received the B.Sc. (1989), M.Sc. (1991) and D.Sc. (1994) from the Technion, Israel Institute of Technology. He was a Designer of vessels and offshore structures in NAMCO – Naval and Mechanical Engineering Company between 1989 and 2013, Researcher and Director of CAMERI – Coastal & Marine Engineering Research Institute between 1994 and 2013. Since October 2012 he is an associate Professor in the Technion, Israel Institute of Technology, Faculty of Mechanical Engineering, Head of the Naval Architecture and Ocean Engineering Major and Chairman of the Interdisciplinary Program for Marine Engineering.