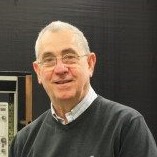 Professor Gadi Eisenstein holds the Dianne and Mark Seiden chair in Optoelectronics and in the director of RBNI – the Russell Burrie Nanotechnology Institute. He received his PhD in 1980 from the University of Minnesota under the Prof. Aldert Van der Ziel and Professor Keith Champlin and then joined the AT&T Bell Laboratory Crawford Hill Research Laboratory where he worked for 10 years at the Photonic Circuits Dept.

At Bell Laboratories, Prof. Eisenstein worked on dynamics and noise of diode lasers and amplifiers as well as advanced fiber optics systems. He pioneered the work on semiconductor optical amplifiers specializing in the facet coating, the device modeling and characterization, in particular for quantum well optical amplifiers.

In 1989 he joined the Electrical Engineering Dept. at Technion and started the first large research activity in fiber optics and related technologies of any Israeli university. His activities have covered over the years the topics of fundamental dynamical properties of diode lasers and amplifiers, nonlinear optics mainly nonlinear fibers, nano photonics, mainly photonic crystal devices, atomic clocks microwave photonics and fiber optics systems.

Professor Eisenstein was awarded the Alexander von Humboldt Award in 2007 and in 2010 at the Technical University where he has spent a sabbatical leave as guest Professor in 2011.