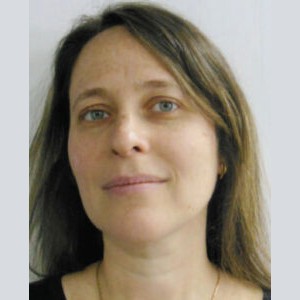 Simone Engelender was born in Rio de Janeiro, Brazil in 1971. She is currently a Professor in the Faculty of medicine at the Technion – Israel Institute of Technology in Haifa, Israel. She received her MD (1993) and PhD (1996) from the Federal University of Rio de Janeiro. There, as a graduate student, under the supervision of Prof. Leopoldo de Meis, she characterized the biochemical differences of calcium transport among different types of cells, including neurons. She found that the calcium pump from the endoplasmic reticulum (SERCA) of neurons is less leaky than in skeletal muscle cells, suggesting that SERCA may help prevent the build-up of calcium in neurons. As a post-doctoral fellow with Prof. Christopher A. Ross at the Johns Hopkins University, she initially studied the mechanisms contributing to huntingtin toxicity in Huntington’s disease. As a continuation of her studies on neurodegenerative diseases, she concentrated her studies on the molecular mechanisms involved in the pathogenicity of a-synuclein in Parkinson’s disease (PD). Since then, she has been studying in her lab how post-translational modifications modulate the degradation, aggregation, and toxicity of a-synuclein in cellular models and brain tissues from patients. Her lab found that monoubiquitination promotes the proteasomal degradation of a-synuclein while SUMOylation outcompetes ubiquitination and at the same time directly promotes the aggregation of a-synuclein, with important implications for understanding the proteotoxicity of a-synuclein observed in the disease. Her lab also investigates the role of additional PD proteins, including LRRK2 and PINK1. She discovered that LRRK2 is important to maintain the organization of the nuclear lamina and to prevent the leakage of nuclear proteins to the cytosol. Moreover, the Engelender lab described a novel PINK1-synphilin-1 pathway that promotes basal autophagy of mitochondria (mitophagy) through activation of SIAH1 at the outer mitochondrial membrane. The studies of the Engelender lab have shown additional layers of complexity to the disease, and may help guide future therapeutic strategies for PD and other a-synucleinopathies.