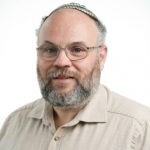 Oleg Gendelman was born in Kharkov, Ukraine, in 1969. He is a professor at the Faculty of Mechanical Engineering at the Technion, Israel Institute of Technology, and serves currently as the Dean of the Faculty. Oleg received his MSc degree in applied mathematics and physics in 1992 from Moscow Institute of Physics and Technology, and Candidate of Science (PhD) (1995) and Doctor of Science (2000) degrees in physical and mathematical sciences – in Semenov Institute of Chemical Physics in Moscow.  He joined Technion in 2003. Main scientific achievements of Professor Gendelman includes inception and development of the concept of nonlinear energy sinks – a novel approach to passive mitigation of the undesired vibrations in mechanical and civil structures. Other research directions involve applications of ideas based on the nonlinear dynamics, to problems in physics, chemistry and medical applications.