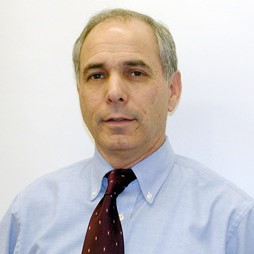 Ran received the B.Sc degree from the Technion – Israel Institute of Technology, Haifa, in 1978, and the Ph.D. degree from Princeton University, Princeton, NJ, in 1982, both in electrical and computer engineering. His Ph.D. research focused on shared-memory multiprocessors. He worked at the AT&T Bell Laboratories on multiprocessor architectures from 1982 to 1983 and joined the Technion in 1983. He was a visiting Associate Professor with the University of Utah in 1989–1990, and a visiting faculty member with Intel Research Labs from 1997 to 1999. He co-founded several companies in various application areas of VLSI systems (I Sight, Ultraguide, Mobilian, AI Semi, Ramon Chips, Plurality). He is an Associate Professor with the Departments of Electrical Engineering and Computer Science, and he serves as head of the VLSI Systems Research Center at the Technion. His research interests include VLSI architecture, many-core computers, asynchronous logic and synchronization, and networks on chip.