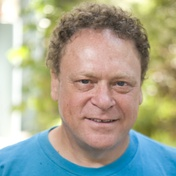 Shay Kutten received his Master degree (on “”scheduling of radio broadcasts””, receiving the Gutwirth Fellowship) and his PhD (“”on distributed network algorithms””, receiving the fellowship of the Chief Scientist in the Ministry of Communication in Israel) in Computer Science from the Technion, Israel, in 1984 and 1987 respectively. From 1987 to 2000 he was with IBM T.J. Watson Research Center, as a post doctoral fellow, as a project leader, as the manager of the Network Architecture and Algorithms group and of Distributed Systems Security, and as a Research Staff Member. He led the network security project which developed the security architecture for several IBM products, and developed algorithms for network control, security, and distributed processing control, that were later used in IBM`s products. He received (in 1993) the IBM Corporation Outstanding Innovation Award (OIA) for his work on distributed control protocols that were basis to the distributed control of IBM Broad Band Networking Services architecture, NBBS. In 1994 he received the IBM Outstanding Innovation Award (OIA) for his work on authentication protocols and his contributions to IBM`s network security and NetSP (by itself an award winning product). The same authentication protocols influenced the later development of the Internet payment protocol, so IBM had to grant a no-fee license, so that the Internet can adopt this payment protocol. Prof. Kutten also contributed to the theory of distributed computing, mostly by introducing new theoretical subjects, many of them inspired by his work on practical issues, and by giving well founded solutions to practical problems. At the Technion he was the head of the Information Systems area of the Davidson Faculty of IE&M and the coordinator of undergraduate studies of the faculty of IE&M. He won the Taub Award for excellence in research, and the Mitchner Award for research on Quality Sciences and Quality Management. He is an area editor (for security, reliability, and availability) of the ACM`s journal on Selected Topics in Mobile Networks and Applications (MONET). He was also a member of the editorial board of the ACM`s Wireless Networks and of the Elsevier journal Computer Networks. He served on program committees for several conferences and workshops, was the chair of the program committee of the 1998 DISC conference and of the ACM PODC`04 conference, was awarded several additional awards and research grants, and published extensively in scientific journals and in .refereed conferences. He is a senior member of the IEEE, and a member of ACM-SIGACT .

In recen years he has been generalizing his research to networks beyond computer networks, for example, to communication networks, electricity networks, etc. The idea is to study fault tolerance, fault recovery, and network design for complex collections of networks that compose a smart city, or even a smart world. He received a grant from the ministry of science, together with the Japanese equivalent of the ministry, to cooperate with Japanese researchers on the ways such networks can cope with disasters and attacks.