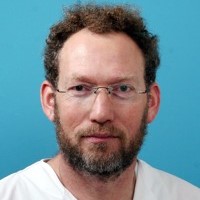 Professor Rafi Nagler is an Attending Surgeon in the Oral and Maxillofacial Department at Rambam Health Care Campus.

Prof. Nagler earned his DMD from the Hebrew University, Hadassah Ein-Kerem, Jerusalem, Israel (1984), and in the same year completed an MSc degree in Inorganic chemistry. He went on to earn a PhD in Biochemistry in 1996, while completing his residency in that same year, going on to serve as chairman of the professional committee of the Scientific Council for Oral and Maxillofacial Surgery (2008-2012). In 2002 he received an MD degree from the Technion’s Rappaport Faculty of Medicine, and also earned a Master’s in Health Administration from Tel Aviv University.

Prof. Nagler is on the editorial boards of several scientific magazines and is a frequent lecturer at international conferences. He has trained dozens of graduate students and published more than 150 articles in the fields of oncology and biochemistry. Amongst his most well-known achievements is his discovery of the presence of transitional metals in human saliva which can cause an increase in the production of free radicals, which explains the severe damage caused by the salivary glands during radiotherapy to the head and neck.