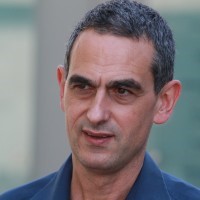 Since 1994, he has been with the Department of Electrical Engineering at the Technion, where he is the Herman and Gertrude Gross Professor of Communications. His research interests include network routing, survivability, QoS provisioning, wireless networks, the application of game theory to computer networking and network pricing.

He received the Award of the Chief Scientist in the Ministry of Communication in Israel, a Gutwirth Award for Outstanding Distinction, the Research Award of the Association of Computer and Electronic Industries in Israel, the Jacknow Award for Excellence in Teaching, an ICNP`2004 Best Paper Award, the Journal of Computer Networks 2004 Best Editor Award, the 2005 Klein Award for Excellence in Research, the 2009 Henry Taub Prize for Academic Excellence and the 2011 TCCC Outstanding Service Award. He served as Program co-chair of IEEE Infocom`2002, Program Chair of WiOpt`10 and General Chair of NETGCOOP`2012, and was an Editor of the IEEE/ACM Transactions on Networking and of the Journal of Computer Networks. Since 2006 he is an IEEE Fellow, with the citation: “for contributions to the use of game theory for network quality of service and survivability’. He was the 2008 recipient of the Cor Wit Chair at Delft University of Technology, which is awarded annually to a personality with international fame whose ideas are of great value to the field of telecommunications and have an impact on our society”.