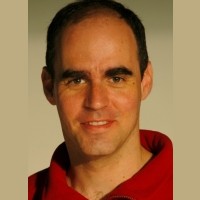 Yoav Y. Schechner is a graduate of the Technion – Israel Institute of Technology:  BA (Physics 1990), MSc (Physics 1994), PhD (EE 2000).  Afterwards, he was a research scientist at Columbia University (CS). Since 2002, he is a faculty member in the Technion’s Viterbi Faculty of Electrical Engineering. He is the Diane and Mark Seiden Chair in Science. He is a principal investigator and coordinator of the CloudCT project, funded by ERC. In 2010 and 2011 he was a visiting scientist at Caltech and NASA’s Jet Propulsion Laboratory (JPL).

He won the Best Student Paper Award at CVPR in 2017, the Best Paper Awards at ICCP in 2013 and 2018. He is the recipient of the Ray and Miriam Klein Research Award, the Henry Taub Prize for Academic Excellence, the Otto Schwarz Foundation Excellence Award and the Landau Fellowship. His research interests involve outdoor phenomena and all aspects of imaging.