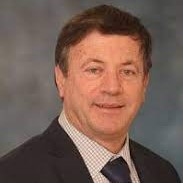 Prof. Gadi Schuster is a member of the Technion’s Faculty of Biology. The incumbent of the Henry Goldberg Academic Chair in Science, Gadi focuses his research on the control of gene expression during development in micro-organisms, plants and animals. More specifically, he is researching the molecular mechanism of RNA degradation using genetic engineering and molecular biology tools. His research also addresses harnessing photosynthesis for the production of electricity and hydrogen for the generation of green and clean energy. Gadi has published more than 100 publications in professional journals and book chapters. He earned his bachelor’s degree (summa cum laude) from the Hebrew University of Jerusalem in 1982, and then continued for a PhD, obtained in 1988 from the same university. Gadi spent three years as a post-doctoral fellow at Berkeley, CA and then joined the Technion as an Assistant Professor in 1992. He served as the Executive Vice President for Academic Affairs of the Technion from 2012-2015, Dean of the Faculty of Biology from 2008-2012 and Vice Dean of the Jacobs Graduate School at the Technion from 2005-2008. Gadi received several honors and prizes, including the best lecturer award twice. He served on numerous professional committees and is a frequent presenter at conferences and workshops. He is married to Dr. Ayelet Schuster, an ecologist, has two children, Meromit and Tal, and two grandchildren.