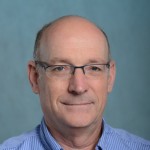 Yuval Shoham received his B.Sc. in Biology from Tel Aviv University in 1980, his M.Sc. in Microbiology in 1982 and his Ph.D. in Biochemical Engineering from M.I.T in 1987. In 1988, he joined the Department of Biotechnology and Food Engineering at the Technion and became professor at 2002 holding the Erwin and Rosl Pollak Chair in Biotechnology. At the Technion, Prof. Shoham served for 8 years as the Dean of the Faculty of Biotechnology and Food Engineering, as the Director of The Otto Meyerhoff Minerva Center for Biotechnology, as Head of The Interdepartmental Program in Biotechnology, Technion’s Committee for Promotion and Tenure, Deputy Executive Vice President for Research, Director of The Lorry I. Lokey Interdisciplinary Center for Life Sciences and Engineering, and as the President of the Israel Society for Microbiology. Professor Shoham`s research focuses on the catalytic mechanisms and structure-function relationships of industrial enzymes especially glycoside hydrolases, and gene regulation of the hemicellulolytic system in Geobacillus stearothermophilus and cellulosome-related genes in Clostridium thermocellum. He was involved in several industrial projects, including the development of a large-scale process for bleaching paper pulp with alkaline thermostable xylanases, an enzymatic process for making structured lipids with novel SN-2 lipases, and an enzymatic process for making low calorie natural juices. He has authored over 170 articles and book chapters and holds several patents. Prof. Shoham mentored over 60 graduate students (28 Ph.D.), some of which, are holding positions in Academia, Research Institutes and Industry. He was awarded with The Muriel and David Jacknow Award for excellence in teaching (1990); The Henry Taub Prize for Research (1995); The Herschel and Hilda Rich Technion Innovation Award (1996, 2009); The Moshe Shilo Award from the Israel Society for Microbiology (1999); Elected as Fellow of the American Academy of Microbiology (2001); The Eduard Rherin Science Prize of the German Technion Society (2002); The Technion’s Excellence in Teaching Award (top 5%) (2007).