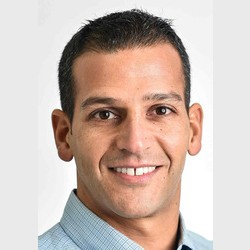 Eitan Yaakobi is an Associate Professor at the Computer Science Department at the Technion — Israel Institute of Technology. He received the B.A. degrees in computer science and mathematics, and the M.Sc. degree in computer science from the Technion — Israel Institute of Technology, Haifa, Israel, in 2005 and 2007, respectively, and the Ph.D. degree in electrical engineering from the University of California, San Diego, in 2011. Between 2011-2013, he was a postdoctoral researcher in the department of Electrical Engineering at the California Institute of Technology and at the Center for Memory and Recording Research at the University of California, San Diego. His research interests include information and coding theory with applications to non-volatile memories, associative memories, DNA storage, data storage and retrieval, and private information retrieval. He received the Marconi Society Young Scholar in 2009 and the Intel Ph.D. Fellowship in 2010-2011.