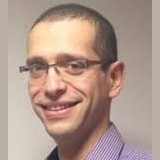 Emanuel Cohen (Senior Member, IEEE) received the B.Sc. degree in electrical engineering, the M.Sc. degree, and the Ph.D. degree in electrical engineering from Technion, Haifa, Israel, in 1996, 2002, and 2012, respectively.,His research areas include mm-Wave phased array in advanced CMOS process, high speed mixed signal for power efficiency. He worked nine years on military communication systems as the Head of RF Department. In 2004, he joined Intel Israel, where he was involved with Wi-Fi and WiMAX systems, defining and developing the RF integrated circuits (RFICs) and algorithms for these standards, including calibrations for BIST systems, linearization, and efficiency enhancement for PAs. Since 2015, he has been an Assistant Professor with the Technion Institute of Technology.