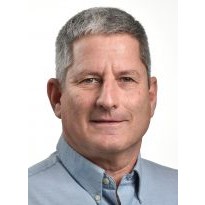 David Elata completed his B.Sc. in mechanical engineering at Ben-Gurion University, Israel, in 1986, and his M.Sc. and D.Sc. degrees in mechanical engineering at the Technion – Israel Institute of Technology, in 1989 and 1993, respectively. From 1993 to 1996, he was a Postdoctoral Research Staff Member at Lawrence Livermore National Laboratory and a Visiting Postdoc at the Geophysics Department of Stanford University. Since 1996, Prof. David Elata is part of the Faculty of Mechanical Engineering, Technion. His current activity focuses on MEMS and includes modeling and simulation of micro actuators and the development of novel devices with tailored response.
Prof. Elata currently serves as a subject editor of the ASME/IEEE Journal of MicroElectroMechanical Systems. He also has the pleasure of serving the MEMS community as a member of the Technical Program Committee of several of the leading conferences in the field.
In his M.Sc. research David developed a space-time Finite Elements method for solving hyperbolic equations. The idea was to use discontinuous elements to reconstruct shockwaves by aligning element boundaries with the shocks as they develop.
In his Ph.D. David developed a new representation of anisotropic linear elastic materials. It is well known that linear elastic materials with general anisotropy have 21 elastic moduli which may be grouped into five distinct types: There are 3 Young moduli, 3 Poisson coefficients, 3 shear moduli, 3 shear-shear coupling coefficients and 9 shear-axial coupling coefficients. In my model the 21 moduli naturally decompose into only two types: 6 axial moduli and 15 angular moduli. For example if all 6 axial moduli are equal to k and all 15 angular moduli are equal to miu then the material is isotropic with k and miu being the bulk and shear moduli.