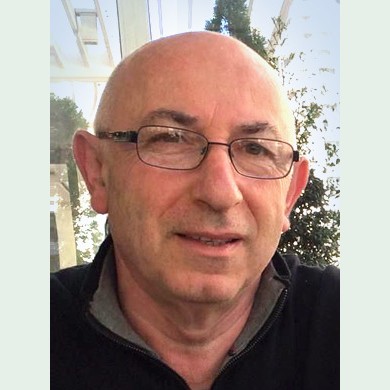 D. Rittel holds a Ph.D. in Materials Science (1988) from the Hebrew University of Jerusalem. He spent 2 years as a postdoc at Yale University working on the fracture of tungsten base heavy alloys, followed by 3.5 years at Ecole Polytechnique (France), working on experimental dynamic fracture mechanics. He then joined Technion (Mechanical Engineering) in 1994 where he founded the Dynamic Fracture Laboratory.

As of today, D. Rittel holds the Zandman Chair in Experimental Mechanics and heads the Materials Mechanics Center.

D. Rittel was the Clark B. Millikan Visiting Professor in Aeronautics (2007) at Caltech where he holds a Visiting Associate position, and twice incumbent of a Catedra de Excellencia at UC3M (Madrid) in 2012 and 2019, where he is now Honorary Professor. He is also a Visiting Professor at Beijing Institute of Technology.

Throughout the years, D. Rittel has developed expertise in the many aspects of dynamic failure, including fracture mechanics, constitutive behavior, dynamic failure mechanisms and numerical modeling. He is a Fellow of the Society for Experimental Mechanics (SEM) and of the American Society of Mechanical Engineers (ASME).

D. Rittel’s interest is in the thermomechanics and physics of dynamic failure with regard to dynamic fragmentation, fracture, adiabatic shear banding and hysteretic heating. In addition, D. Rittel is active in the field of biomechanics of dental implants. As of today, he has co-authored about 200 journal publications.

In 2015, D. Rittel was awarded the prestigious Gili Agostinelli Prize (Torino Academy of Sciences, Italy), and received the 2018 B. Lazan SEM award for his work on adiabatic shear localization.